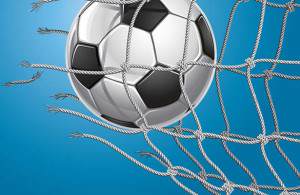 Recent referenda and elections, like the EU-referendum in the United Kingdom of June 23d, show that fear of migrants provokes an open jump shot in public debate. At a recent family meeting, the solution to ‘stop migrants’ was almost victoriously expressed by some of the attendees. But when I asked: “So what do you contribute to a healthy and happy society”, it appeared to be a brutal conversation stopper.

This column is a personal and professional cry from the heart.

I am one of the persons who works for social integration for many years now. It feels like an increasingly difficult job to do. In itself, it is a challenge, since it is important to find nuance and precision; social integration is a complex and lengthy (probably never fully achievable) effort. It becomes even more challenging when hindered by fast sentiments like fear. There is a lot of work to be done, both in research and in practice, and this is best done by both careful consideration and passion for people. This is not a game of footy, not a battle for the best and really not a game at all. It’s about working with people, with the safety of future generations as the ultimate objective. People like me aren’t even on the playing field. Sadly, that leaves the goal wide open and we lack an offensive line to counter wild attacks. Some politicians profit as they suggest easy solutions: boundaries, walls, barbed wire. Open jump shot.

Meanwhile, the referendum in the UK shows that there is a gap between remain-voters (younger, higher educated, more international exposure) and exit-voters (older, lower educated, more locally oriented). That is not a coincidence. The motivation to let a vote be determined by fear, anger and uncertainty  is similar to autonomy, but it lacks the essential counterbalance: responsibility. The suggestion of quick fixes to gratify basic needs may seem tempting, but it is no more than a relief of tensions and has little to do with the deeper values in life: morality, sincerity, altruism. Also, in order to create long term solutions we need higher thinking skills like analysis and evaluation. People with higher education are mostly well trained to apply these skills in a broader context and using reflection on different perspectives. What’s more, they rely on these capabilities to find future directions in complex issues.

We are able to find lasting solutions for a number of issues in social integration, for instance in education and parenting. We are making progress. Such efforts take time. I feel encouraged by lots of people who work hard to make this happen, highly motivated and persistent, but the current political climate is discouraging.  Instead of investing in lasting solutions, ad hoc solutions are being proposed, pretending that they are feasible. When do we admit that we are in the midst of a fundamental social climate crisis?

My daughter, who is 16, cried bitter tears over the Brexit-result this morning. She loves Great Britain and has plans to study in England. She so much hoped migrants would not be bashed by this vote yet again. But most of all, she hurts because her trust in humanity is suffering badly.  She witnesses the victory of the fast and negative sentiments over the slow and positive ones. She witnesses the dominance of the extraverts over the introverts. As a parent, I want to show her that constructive hard work for all our mutual benefit is more worthwhile than hate, fear and exclusion.

We should ask ourselves: are we, as a civilised species, building a future for generations to come? Are we still scoring points on that one?

Senior researcher on pedagogics and parenting support, the Netherlands

PS. My daughter approved of this column and praised my use of English 🙂